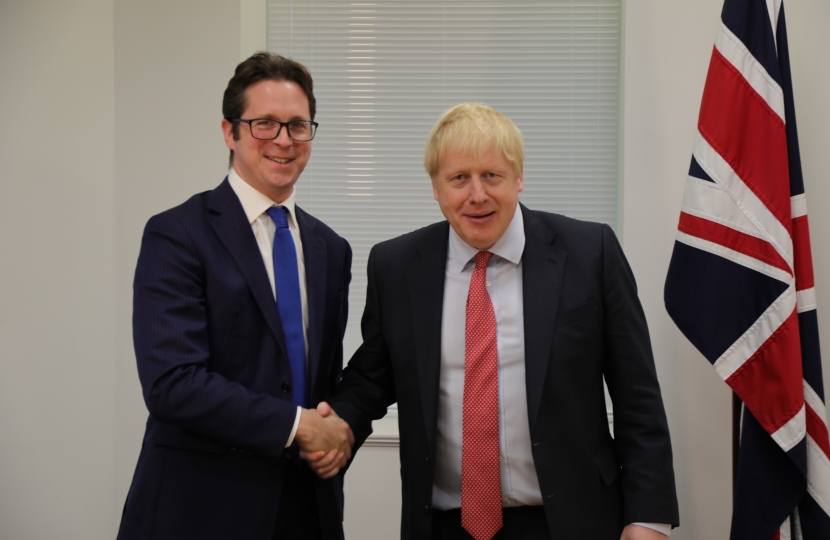 We need a Conservative majority to get Parliament working again. Boris will deliver Brexit and unblock Parliament so we can get on with all of our other priorities. If the Conservatives have the numbers in Parliament after the General Election on 12 December Brexit will be completed by the end of January and the new Government will get on with implementing the policies the country needs.

The European Union (Future Relationship) Bill has been approved by the House of Commons and House of Lords. As the Bill has now passed all parliamentary stages in the Houses of Parliament it will now proceed to gain Royal Assent to become an Act of Parliament (law).

The Government and HMRC are contacting businesses in Great Britain who move goods between Great Britain and the EU, to explain what they need to do to be able to trade with the EU from 1 January 2021.

Work continues to construct  a temporary Inland Border Facility to provide 53 HGV spaces and 66 staff parking spaces at North Weald Airfield to enable a range of border controls, including customs checks, an office of departure and destination for lorries moving goods under the Common Transit Con

On 29th September 2020, the ninth round of EU-UK future relationship negotiations began.

On 30 September 2020, the UK signed its first fisheries framework agreement since leaving the EU.

Labour Vote to Side with the EU

BREAKING: Labour just voted to side with the EU once again.

By voting against the UK Internal Market Bill – which will guarantee seamless trade between the home nations of the UK - they've shown they won’t stand up to Brussels or protect the United Kingdom from the SNP.

Pride in Our Farming and Food Standards

Amidst everything else going on the UK is currently involved in some major trading negotiations as we take advantage of some of the opportunities presented by Brexit. One of the most contentious issues within these talks are food and agricultural standards.

I am writing this on January 31st 2020  – by the time you read this the United Kingdom of Great Britain and Northern Ireland will have left the European Union. This has been a long time coming.

Work in Parliament has begun again in earnest after the hiatus of the election and Christmas recess, and the Government has hit the ground running.