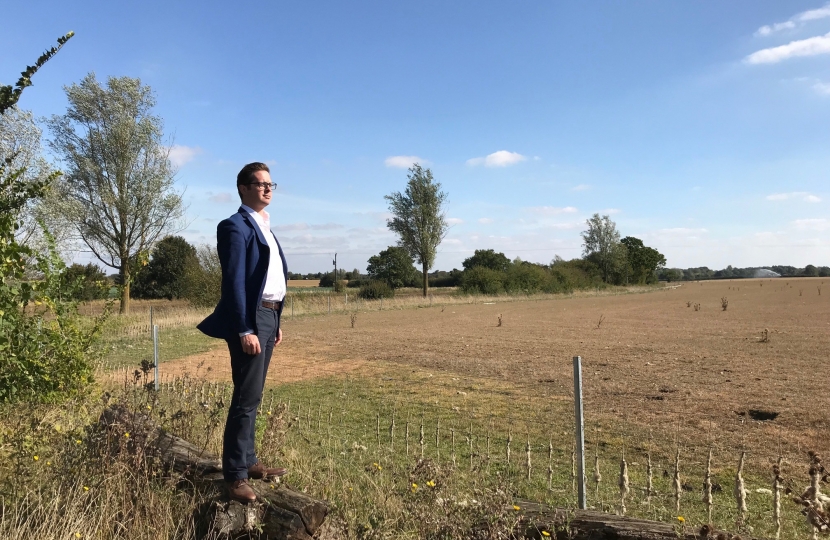 I have seen how disruptive and unfair it is when people build or set up camp on rural land without permission. We need to make sure that the countryside is protected and that the law is obeyed. Priti Patel has announced new plans which would allow the police to arrest those who set up illegal campsites on private or public land. Likewise I want to see an improved planning system that allows those who build on green belt without permission are prosecuted immediately.

The unauthorised development of a field off the A128 in Great Warley was brought to my attention during the General Election campaign by members of the local community.

A village hall is the heart of a community, bring local people together for weddings and wakes, parties, meetings, fund-raisers and coffee mornings.

Villagers from West Horndon will gather tomorrow (Saturday 21st September) for its commemoration and thanksgiving service paying tribute to the American aircrewmen who died when two B17 bombers crashed over the village in 1943.

Shonks Mill Flood Storage Area (River Roding Project) in Navestock is to benefit from new Government flood funding. The work to extend the flood storage area will reduce flooding to 550 homes and businesses in Woodford and surrounding areas from the River Roding.