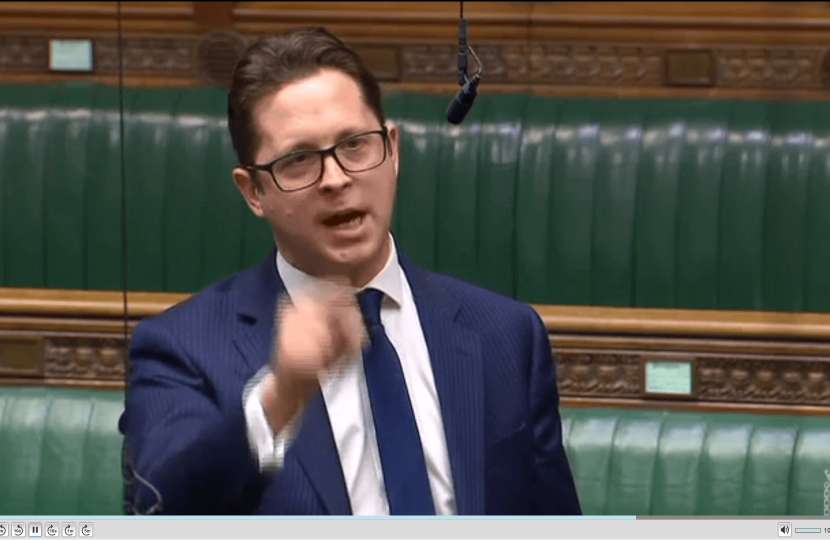 As everyone will by now be aware, there is a Conservative leadership contest underway. Following several weeks of cross-party talks, Theresa May came to the conclusion that she did not have the confidence of her party or of Parliament and that she should resign. The Prime Minister has worked extraordinarily hard with huge commitment to her country and her cause – there is no one I have met in politics who has a more profound sense of duty. However, it had become increasingly clear that there was no way forward for her plans and, consequently, she has done the right thing to step aside and allow someone else to have a go.

The Conservative leadership process requires Conservative Members of Parliament to vote in successive rounds – each time knocking out the candidate with the least number of votes. The final two candidates will then face all card-carrying members in the country who will then choose who becomes the sixteenth leader of the Conservative Party since the end of the First World War Coalition in 1922.

There are, as you will have noticed, a great many candidates vying for position – 13 at the time of writing. This is by far the largest field ever assembled in the history of the party. I suspect, however, that a number of these candidates will not stand in the contest, having failed to achieve enough support – and that many will drop out early on. The party officials believe that there can be a new leader, and so a new Prime Minister, in place by the start of August.

The task that will confront them is one of the most difficult that has faced a leader in peace time. There will be 13 weeks until the end of October when the current Article 50 deadline is due. There is a hung parliament in which the two main parties are split on the central issue of the day. And there appears to be no majority in the House of Commons for any one way through. Anyone not up for hard yards should step aside now.

More on this, no doubt, in the weeks to come.