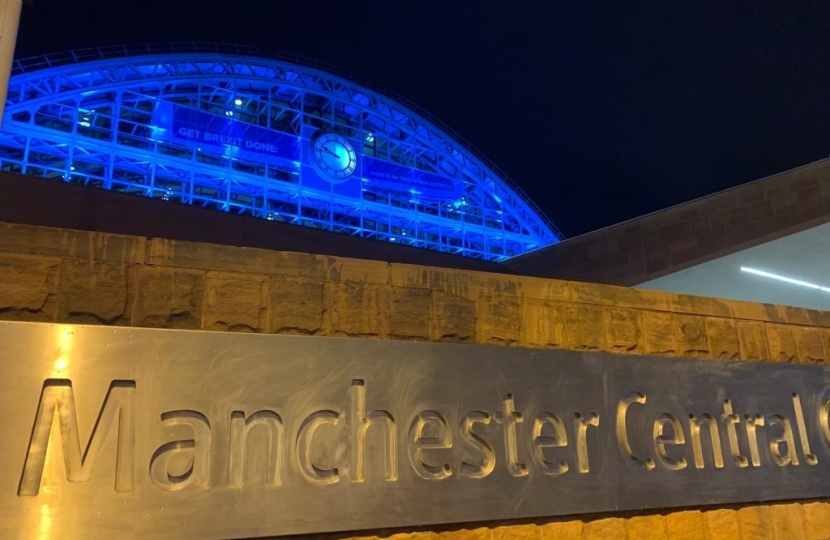 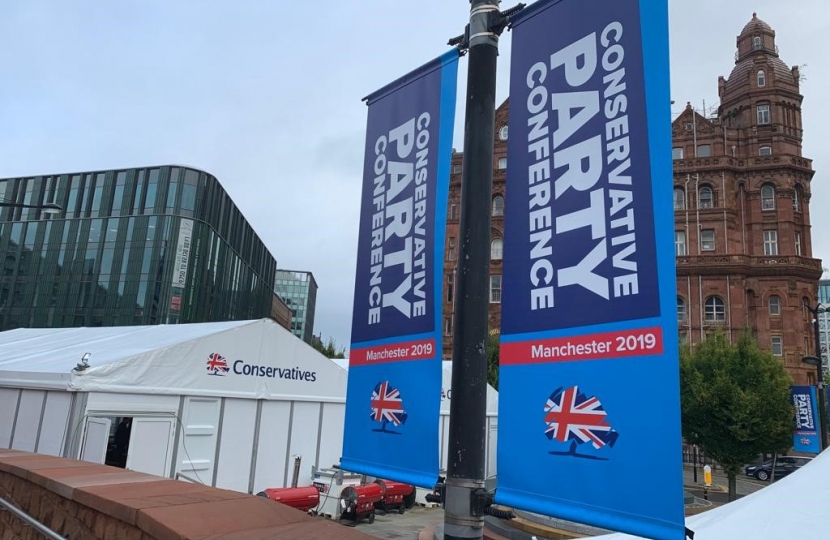 Last week I had the pleasure of attending the Conservative Party Conference in Manchester. Although, highly unusually, parliament was sitting during the conference, there was an enormous turnout and an extremely positive atmosphere. The Prime Minister was cheered to the rafters wherever he went and the key policy announcements seem to have gone down very well.

First off, the Chancellor, Sajid Javid, said that the National Minimum Wage is going to be hiked up to £10.50 an hour over the next five years – and be applied to all those over 21 (rather than just those over 25 at present). He also pledged to invest an infrastructure revolution which will see huge improvements to our road system and allow for the whole country to enjoy full fibre broadband and, ultimately, a 5G phone network.

Lord Chancellor Robert Buckland, announced that serious violent criminals will no longer be released by default when they have served half their sentence. Any offender “guilty of violent and sexual crimes carrying a maximum sentence of life” will now have to serve at least two thirds of the sentence issued by the court.

Health Secretary Matt Hancock had the pleasure of unveiling a Health Infrastructure Plan worth £13bn which will see 40 new hospitals built across England. And Gavin Williamson, Secretary of State for Education, had the opportunity to add to the good news announced before conference that the Government will pump a huge amount of additional money into schools (£7.1bn over the next three years) by investing in technical education, creating eight new Institutes of Technology.

All of these new projects have been made possible because of the careful way this Government has handled the economy since 2010 and it is great to see GDP and employment continue to grow despite the uncertainty caused by Brexit. The Prime Minister is determined to sort this problem out as quickly as possible and has presented a strong alternative offer to the EU which is, I believe, supported by a majority of MPs in the Commons including the DUP. As the Gazette goes to press, we are awaiting the EU’s move. Let us hope that they will accept the PM’s sensible and considered offer and that we can all move on.