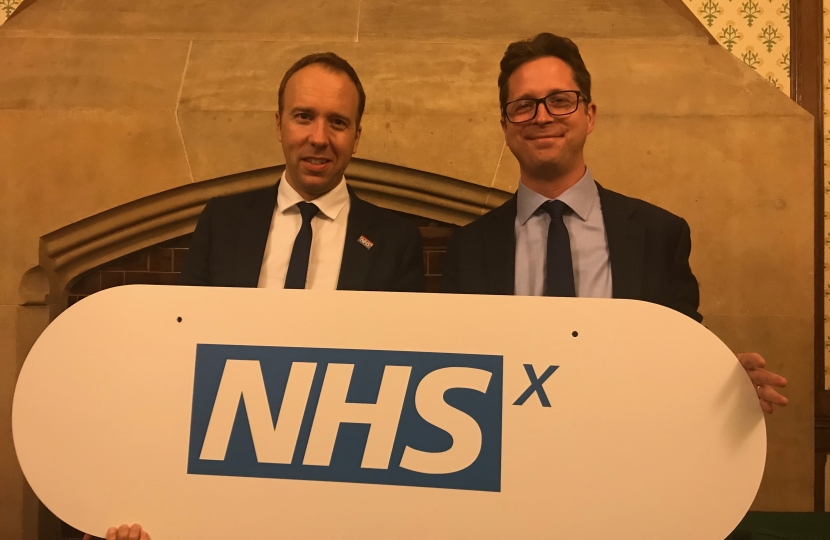 There’s been a nasty strain of the common cold virus doing the rounds since the beginning of the General Election campaign last year which laid many people low over Christmas and well into the New Year. I’ve succumbed to the illness this week, and I have had reports of many students going back to school and university for the new term and falling ill too.

Of course, this virus is nothing like the Coronavirus which continues to spread around the world and has seen three cases diagnosed in the UK so far and more than 900 deaths reported worldwide.

The Government has launched a public information campaign on how to slow the spread of the disease, reducing the impact on NHS services and helping the public to protect themselves and each other. It’s basic stuff which you’d like to think we all do as a matter of course – regular hand washing and always sneezing into a tissue or, in the absence of a tissue, into your elbow, to stem the spread of viruses.

Advanced monitoring at airports with direct flights from China has been introduced, and a team of public health experts has been established in Heathrow to support anyone travelling in from China who feels unwell. These hubs will bring in rotational teams of 7 clinicians, working in shifts, who will be on hand to support patients on arrival. This is in addition to medical staff who are already permanently in place at all UK airports and the advice issued to all UK airports for people travelling to and from China.

Most people who develop symptoms will get them after leaving the airport and so the priority is providing UK residents and travellers with the latest information to make sure they know what to do if they experience symptoms, and the NHS and PHE have an established plan to respond to someone who becomes unwell.

People who have travelled back from the Hubei province in China within the last 14 days are being asked to stay indoors and avoid contact with other people as you would with the flu, and call NHS 111 to inform them of your recent travel to the city.

Be assured that the UK Government is doing what it can to protect us – and at the time of writing (morning of Monday 10 February) the Government has just declared Coronavirus to be a serious and imminent threat to public health giving it special powers to use quarantine to prevent the spread of the disease.

The Conservatives are protecting the future of the NHS.

We are planning an enormous investment in the NHS - £33.9bn, 20 hospital upgrades and 40 new hospitals. We will also deliver 6,000 more GPs by 2024-5 to improve services and reduce the wait for appointments.

We can all help control the virus if we all stay alert. This means you must:

Following the Secretary of State for Health and Social Care, The Rt Hon Matt Hancock MP's, statement on Thursday 15th October the constituency of Brentwood and Ongar has now been placed in the High Local Covid-19 Alert Level. As a result, I would encourage everyone to familiarise themselves with