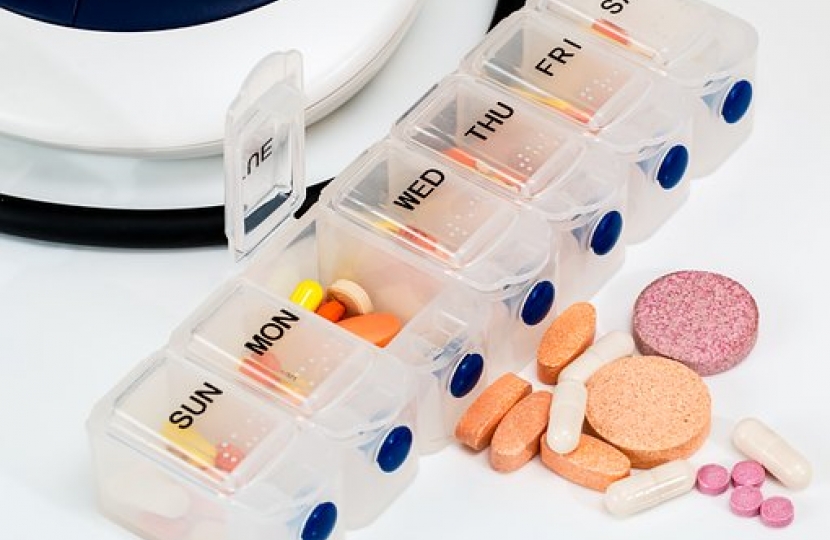 NHS England has today announced it has secured a definitive agreement with Vertex Pharmaceuticals to make available all three of their UK-licensed cystic fibrosis medicines.

This is great news for those living with cystic fibrosis - I've been supporting several constituents who have been campaigning for these medicines to be made available to help them or their children cope with the effects of cystic fibrosis, which is a terrible disease.

This is the full statement from NHS England and NHS Improvement:

"NHS England has today announced it has secured a definitive agreement with Vertex Pharmaceuticals to make available all three of their UK-licensed cystic fibrosis medicines.

This means NHS patients will now have full access to Orkambi, Symkevi and Kalydeco, and around 5000 people may now take up these treatments. There is no cap on patient numbers, and each and every patient in England who might benefit can now get these treatments, free on the NHS. Clinicians will be able to begin prescribing these drugs within 30 days.

NHS England has been able to finalise this negotiation because the company agreed confidential commercial terms that constitute good value for British taxpayers and agreed to submit its drugs for full NICE appraisal.

The agreement provides access to all three drugs for all current licensed indications, as well as future licence extensions too.

“The UK has the second highest prevalence of cystic fibrosis of any country in the world, so today is an important and long hoped for moment for children and adults living with cystic fibrosis.

"That fact also means that any drug company wanting to succeed commercially in this field needs to work constructively with the NHS.

"I'm pleased that Vertex has now agreed a deal that is good for our patients and fair to British taxpayers."

NICE has also been able to back the agreement, and a binding condition of the deal is that Vertex will submit its full portfolio – including in due course its new triple therapy – to NICE for comprehensive appraisal.

The company has also agreed to a flexible commercial mechanism which will ensure continued patient access to these three medicines following completion of the NICE appraisal.

“Some wonderful news this morning. We’ve agreed a deal to provide Orkambi and other lifesaving Cystic Fibrosis drugs on the NHS. The deal is great value for money for the NHS, and crucially, will improve thousands of lives. This deal - on the back of several others this summer - shows why we get some of the best value drugs in the world, and is another reason to be so proud of our NHS.”

Meindert Boysen, director of the Centre for Health Technology Evaluation at NICE, said:

“We are pleased an agreement has been reached between NHS England and Vertex that brings these medicines to patients. It is also welcome that the company will now re-engage with the NICE process.

“We look forward to working with the company and patient organisations to get ready for the appraisals, including developing the approach to the collection of evidence.”

Commercial terms of the agreement are confidential, but the approach achieved is consistent with NHS England's other managed access agreements reached with the pharmaceutical industry.

Investment in world-class, cutting edge technologies and treatments is at the heart of the NHS Long Term Plan. Over the last two years, as envisaged by the Accelerated Access Review, NHS England has established an expert commercial drugs team which has been working closely with industry and NICE, and has successfully negotiated a number of innovative deals, making new and promising treatments available for NHS patients. Recent such ‘smart deals’ include: