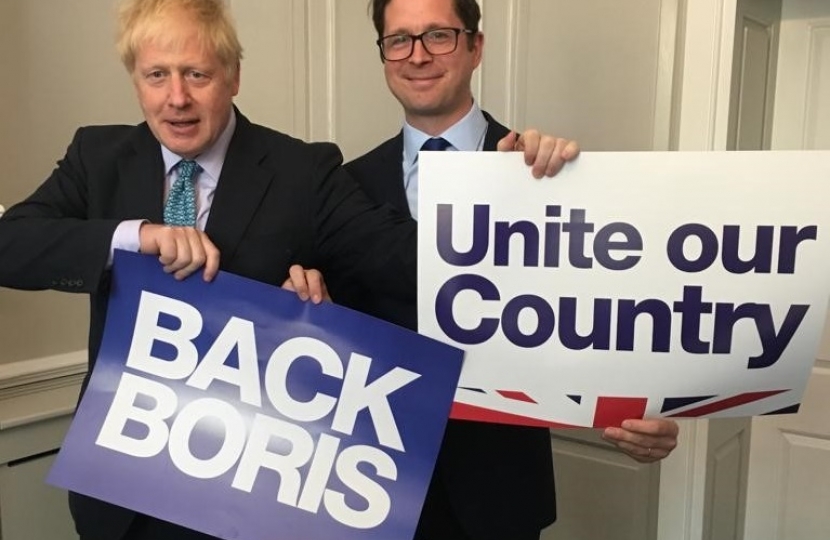 I am writing this on January 31st 2020  – by the time you read this the United Kingdom of Great Britain and Northern Ireland will have left the European Union. This has been a long time coming. The process began almost exactly seven years ago when David Cameron, the then Prime Minister, made his now famous Bloomberg Speech on 23 January 2013 saying that, if he won the 2015 General Election, he planned to renegotiate Britain’s relationship with the EU and then hold an in/out referendum. Then, in June 2016 – as everyone knows – Cameron, having won that Election, held that referendum and Leave won. Since then we have had two Prime Ministers, two General Elections, and goodness knows how many hours of parliamentary and public debate. It has been an extraordinary and, at times, extraordinarily gruelling process which has put great strain on the country and its institutions.

Tonight this phase in Britain’s history comes to a close – and a new era opens up. The matter is now decided – whatever position people took in the referendum or in the General Elections that followed, we all now have a chance to move on. For some the end of January will be a great sadness – for some the accomplishment of a long-held dream. It is nevertheless undeniably historic, bringing to an end almost 50 years of participation in the European project.

This is not the end of the process. The UK will remain in a transition period until the end of 2020 during which time it remains completely aligned to the EU. But the Prime Minister has been clear: there will be no extension to this period. By 1 January 2021 our new relationship with the EU must be finalised.

There will be challenges ahead. But as the Prime Minister said to the nation on Friday night, “When I look at the potential of this country waiting to be unleashed I know that we can turn this opportunity into a stunning success. And whatever the bumps in the road ahead, I know that we will succeed. We have obeyed the people. We have taken back the tools of self-government. Now is the time to use those tools to unleash the full potential of this brilliant country and to make better the lives of everyone in every corner of our United Kingdom.”