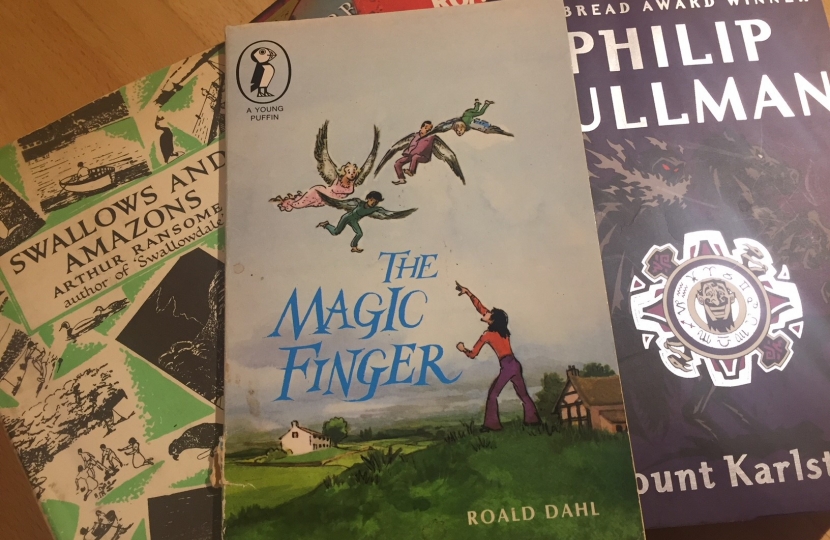 Last week the country has had some exceptional news about the standards of literacy that our children are attaining. In short, our youngsters are getting better at reading. Much better.

I felt the significance of this news even more keenly than I ordinarily might because that day one of my daughters had woken me at 0545 and asked that I read her Roald Dahl’s The Magic Finger. It’d been a long week, with some late nights debating the EU Withdrawal Bill in the House of Commons, and a pre-dawn call for reading time was not something I had planned.

But the years when our children ask to be read to are short. So as the sun rose slowly behind thick December clouds we both enjoyed the wonderful – and slightly disturbing – words of Dahl.

Reading might not be everything but in education it is very nearly everything. Without reasonable reading skills a great deal of what comes next is closed off making it harder and harder for young people to keep up with their peers.

So it was with some joy that I welcomed the news that the reforms that the Conservatives introduced in 2010 are working. After the Election in that year it was decided that schools should use phonics to teach children to read. In the first Phonics Check in 2012 just 58% of six-year-olds reached the pass mark. Now, only five years later, 81% of six-year-olds reach that standard, with 92% having reached it by the end of Year 2.

New international tests have confirmed that reading standards in England are now the best in a generation. We have jumped up the international league tables for reading, reaching our highest position since the league was introduced.

There is always further to go but these results show how the great work of our teachers and pupils learning within this framework is starting to pay off.