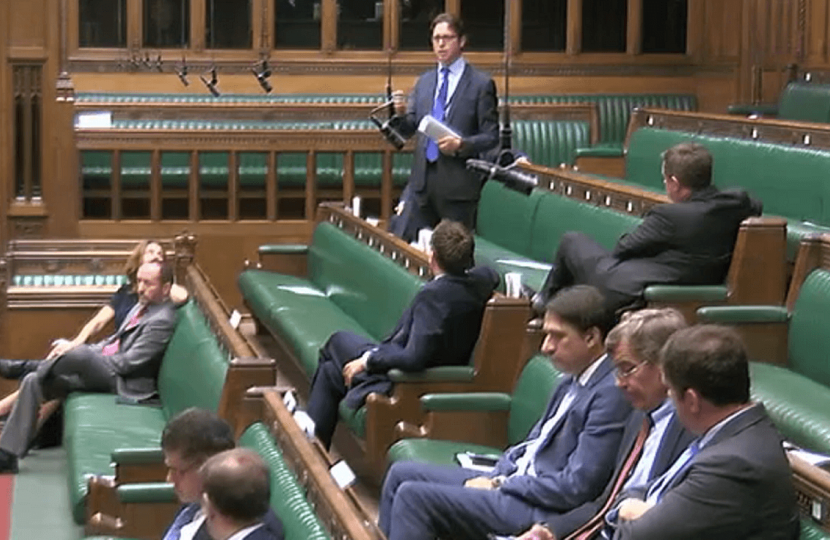 The terrible fire at Grenfell Tower last month has been a truly shocking national tragedy and it is impossible to comprehend what everybody affected by the fire has been going through. The response of those who have provided help, compassion and support has once again shown the fantastic spirit of London and the best of Britain.

The Prime Minister has ordered a full, judge-led public inquiry, which will investigate what happened and who was responsible for the disaster, to give people the answers they deserve. The voices of survivors must be heard and I welcome the Government's commitment to pay for legal representation for those affected. An independent expert advisory panel has also been appointed to advise the Government on any immediate action that should be taken on fire safety.

The Government has been working with local government officials and organisations including Transport for London, Citizens Advice, the Red Cross, and the NHS, to provide support to the victims and a new £5 million Grenfell Tower Residents' Discretionary Fund has also been made immediately available to help those who had to flee their homes.

The fire has raised questions about the safety of high rise housing blocks across the country, so I have contacted both local councils serving the Brentwood and Ongar constituency to establish what is being done to ensure the safety of those living here and I have met with some of our residents living in high rise to listen to their concerns.

Epping Forest District Council has no high rise blocks of flats in the constituency. It has, however, a number of 'high risk' buildings, including Norway House Homeless Persons Hostel in North Weald. A specialist fire safety company carries out the Fire Safety Risk Assessments for these buildings, and has completed the most recent assessments within the last month. The Council is awaiting the Assessment reports and will take any necessary action when the reports are received.

Brentwood Borough Council has informed me that additional visual inspections of all high-rise flatted accommodations (tower blocks) have been completed. The Council is currently compliant, with an annual rolling programme of safety inspections.

I have spoken to the Chief Fire Officer of Essex, Adam Eckley, and he has assured me that County Fire and Rescue Service is completing an audit for tower blocks and flatted accommodations (of above 4 storeys) to specifically consider matters arising from the Grenfell Tower catastrophe and to feed into collated inspection reports.

This week I took part in the debate in the House of Commons about the tragedy and you can read my contribution, from the Hansard record, below:

"I should like to extend my congratulations to the new hon. Member for Lewisham West and Penge (Ellie Reeves). It feels a bit strange to be welcoming you to the House when I have only just arrived here myself, but you made a wonderful speech and I look forward to working with you—I mean “her”; I am still learning the conventions myself.

I greatly enjoyed making my maiden speech, but it gives me no pleasure to stand before the House today to talk about this tragedy that has befallen our country. I am afraid that it will be one of those disasters that mark this period in our history and that we will remember for a long time to come. The Prime Minister has responded to it entirely appropriately by calling for a judge-led inquiry, and I was pleased that the shadow Secretary of State did not question the basis on which we intend to proceed. The Prime Minister went to the Lord Chief Justice and asked for a senior judge to be appointed and to proceed with an inquiry that will look into the immediate causes of the fire as well as the wider issues. As my right hon. and learned Friend the Member for ​North East Hertfordshire (Sir Oliver Heald) said earlier, that will give the inquiry the opportunity to report in two or more stages, so that local residents can hear the issues that have immediately affected them while the inquiry goes on to consider the broader questions that affect communities and councils in many areas across the country.

It is with reference to those wider issues that I want to make some remarks, and I declare a sort of interest in that for a while I was on the board of Yarlington Housing Group, a housing association in the west of England.

The first thing that struck me came from a BBC “Newsnight” investigation which suggested that developers may have used only desk-based research to persuade inspectors that the cladding was safe to use. If that is the case, serious questions must be answered following the tragedy, and we would want to know where else in the country that has happened.

The second thing is tenant feedback. If the reports are true that tenants had complained to the tenant management organisation about safety in the building and if those calls were not listened to, we need to know why. We need to know why the TMO was not picking up on the important feedback that only someone who lives in a building can give. I am not saying that had that feedback been listened to the fire would have been prevented, but without that feedback we can be certain that people in other buildings are being put at risk.

That brings me on to my next point: illegal sub-letting. It is a delicate, sensitive subject, and the Government have been absolutely right to announce an amnesty to encourage everyone to seek help and to come forward. Illegal sub-letting in our tower blocks and social housing discourages people to come forward and report their concerns—it breaks that feedback. We all have to think of ways to ensure that people living in social housing can come forward and have their concerns heard.

My fourth point relates to something that I said in the House the other day, and it has been picked up on by a couple of other Members. What happened in Kensington and Chelsea prompts some serious questions about emergency and contingency planning in our local authorities. Just as some other authorities have used the cladding that seems to have been a major contributor to the fire, so other authorities may have emergency planning that leaves a lot to be desired. However, I was reassured by the Secretary of State for Communities and Local Government that the Cabinet Office is already looking into that, and I am keen that that work is taken forward.

Before I sit down, I would like to reflect on something said by my hon. Friend the Member for Cheltenham (Alex Chalk). I am glad that we seem to be in agreement that we should have a judge-led inquiry. I was pleased that the shadow Secretary of State did not criticise Sir Martin, and I presume that he backs him in his role. Sir Martin is a highly respected judge and has achieved great things in his profession, dealing with extremely complex areas of law that will be relevant to this inquiry. That is an asset to the investigation, and we should all welcome that. His ability to do that work is not hampered by the colour of his skin or his social class. His skills have got him to where he is, and it is his skills that we should back. The inquiry will require some cool-headed thinking. It will not be helped by hot remarks that ​suggest to the families that the victims were intentionally killed by people in government. It will not be helped by remarks that suggest that someone’s impartiality is undermined by their social class. While we can debate its particulars, we all have a duty to get behind the inquiry and to encourage people who live in the area and in other tower blocks to come forward and be part of it."