Hats off To Paramedics 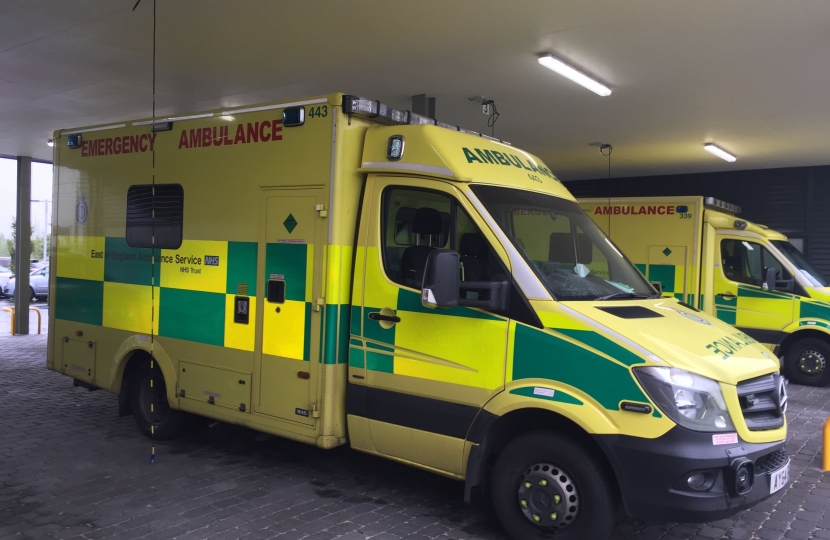 One of the great joys of my job is being able to spend time with those who make major contributions to our local community. The other week I had the privilege of spending time with two excellent paramedics and their ambulance. Based on the High Street in Ongar, they are responsible for responding to many of the 999 calls in the area – though the mobile nature of the job means that they can be called to incidents as far away as south London or Suffolk.

The first callout we received was from an elderly lady whose frail husband had fallen out of bed. It transpired that he was unable to walk due to having had a stroke many years before. The team sorted him out but also talked through his medical history with his wife, checked his medication, logged issues with his GP and made sure that he would have a new needs assessment. This, I saw, is not simple emergency response – it’s a holistic assessment of the patient and their situation.

Later they were called to the house in which a grandmother who was staying with her son was complaining of chest pains. The team quickly realised she was in real danger of having a heart attack. Very gently but firmly they took her to hospital to have more detailed checks and allow preventative steps to be taken. Their ability to offer calm reassurance to someone in a situation where they might have become more stressed, and so more at risk, was a keen display of how vitally important their human skills are to the job.

I also heard about the challenges paramedics face – having to compete with other parts of the NHS for talent, late retirement ages in a demanding role and the like – which has given me a significant insight into what those on the very frontline of emergency healthcare are facing. My hat goes off to them – I couldn’t have been more impressed with the job they did and the way they did it. If you’re a local professional who would like me to shadow you for the day, do get in touch through this website.