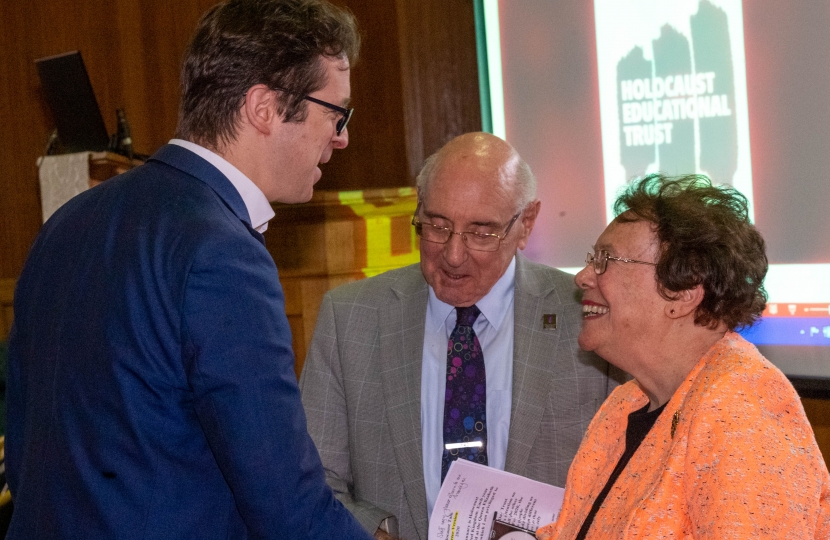 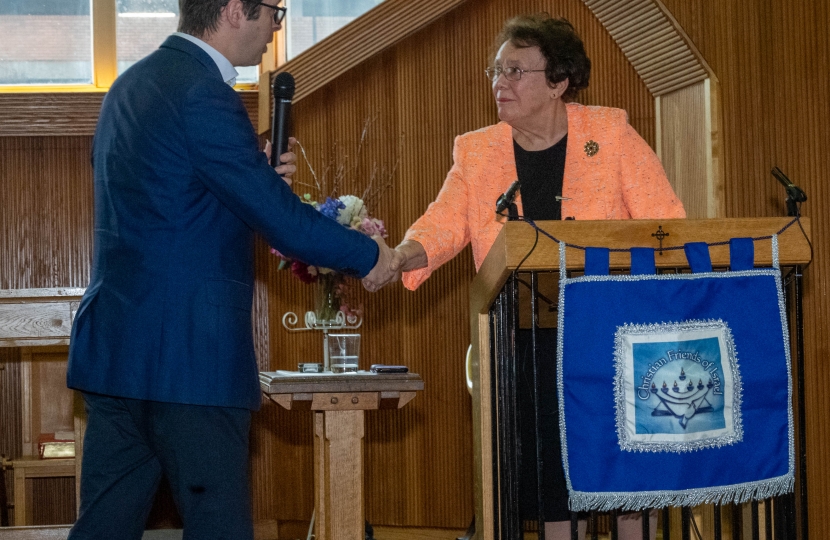 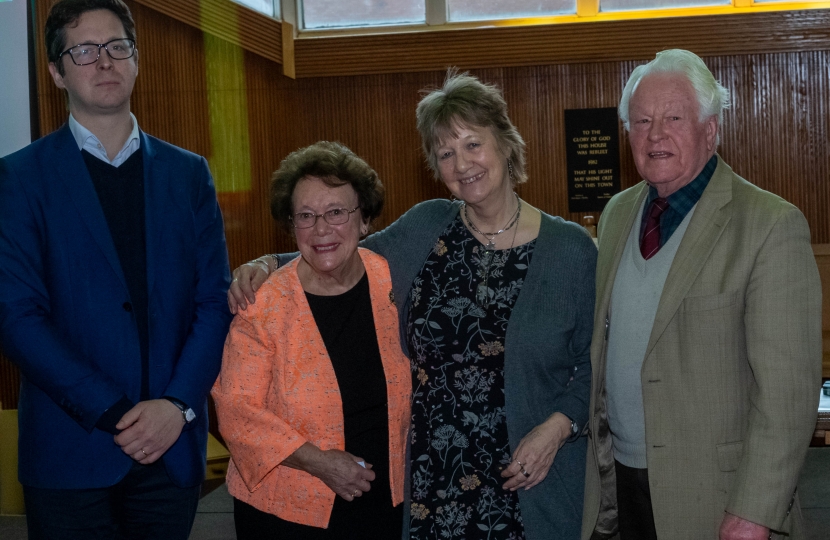 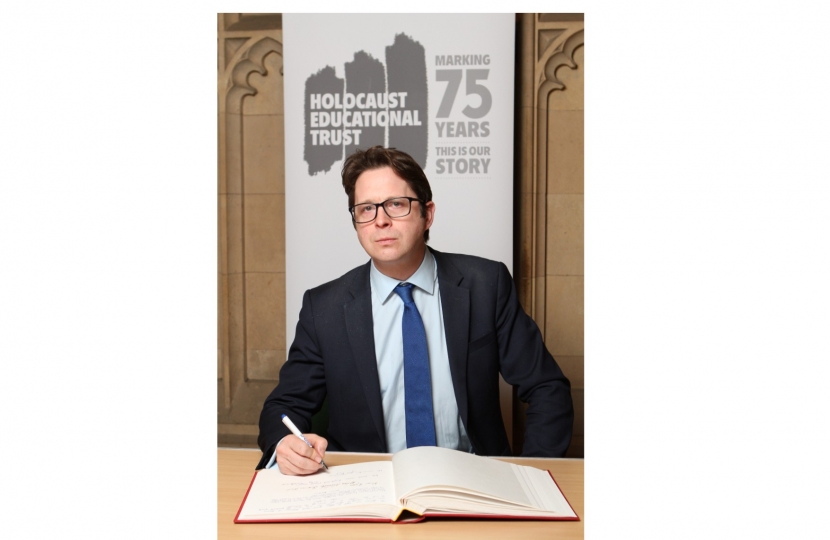 This year marks the 75th anniversary of the end of the Second World War and the liberation of the concentration and death camps, which makes this week’s events marking Holocaust Memorial Day even more poignant. We are lucky to be a generation that still has brilliant and brave survivors with us to mark such a significant anniversary.

In Westminster, the Holocaust Education Trust places its Book of Commitment in the House of Commons to enable Members from across the House to write meaningful words pledging their commitment to remember the Holocaust and to fight racism and prejudice today. It is a tradition I have taken part in since first being elected in 2017 and I intend to take sign the book again this year.

Here in Brentwood we are fortunate to have a dedicated band of people who ensure local schoolchildren, as well as the wider population are able to pay their respects to those who died in such horrific genocide. I was honoured to join Susie Barnett at the Brentwood United Reformed Church last week to speak at one of the events commemorating the liberation of Auschwitz-Birkenau.

Susie was born in Hamburg, the youngest of four children, whilst her father was imprisoned in a concentration camp. Her mother found passage to England for three of Susie’s siblings on the kinder-transport. Susie stayed with her mother in Nazi Germany, until they managed to travel to London and seek refuge. Susie’s mother said that when she arrived in England she tried to tell the people about what was happening to Jewish people in Germany but they did not believe her.

Today we see a resurgence of anti-semitism in western Europe. We see public instances of Holocaust denial. We have a duty to confront this – just as we have a duty to remember and remind. To remember what Susie’s generation went through. To remember the genocides that have followed since World War 2. And to remind a younger generation that it is still within living memory that humanity’s darkest hours occurred.

Holocaust Memorial Day 2020 is entitled ‘Stand Together’. This we must do.