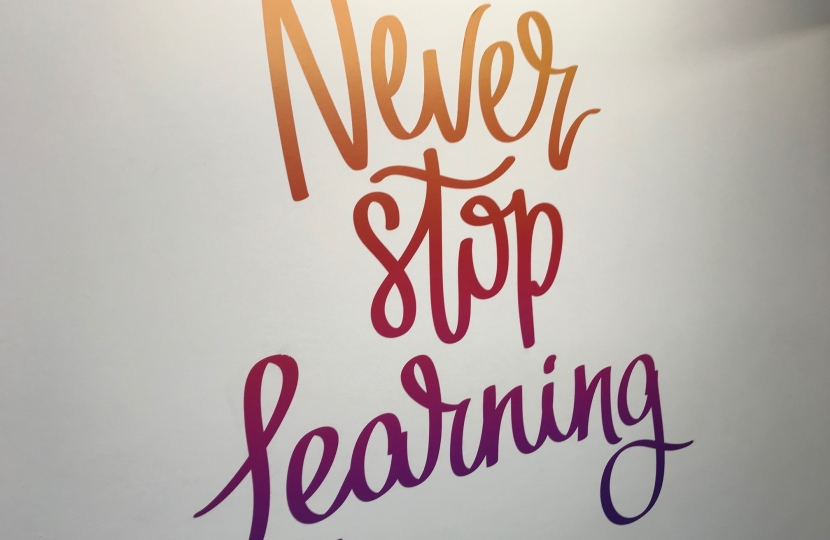 Students in England will receive centre assessment grades for this week’s GCSE results and last week’s A and AS level results, the Government and Ofqual have confirmed this week.

Ofqual had consulted on and implemented a standardisation process for exam results this summer, but the system has resulted in too many inconsistent and unfair outcomes for A and AS level students. Over the last few days, it has become clear that the algorithm has revealed a number of anomalies that had not been anticipated by Ofqual and which severely undermined confidence in the system. Although many students in Brentwood and Ongar were offered University and college places and apprenticeships on the grades they got last week, others missed out on what was needed to allow them to move on to their next stage in education.

Subsequently, the Government and Ofqual have jointly agreed to revert to centre assessment grades, which are the grades which schools and colleges assessed students were most likely to have achieved, had exams gone ahead. This was deemed to be the fairest approach to avoid some students receiving grades that did not reflect their prior performance.

To ensure students can progress to higher education, the Government intends to remove temporary student number controls which had been introduced for the coming academic year

"This has been an extraordinarily difficult year for young people who were unable to take their exams.

We worked with Ofqual to construct the fairest possible model, but it is clear that the process of allocating grades has resulted in more inconsistency and unfairness than can be reasonably resolved through an appeals process.

We now believe it is better to offer young people and parents certainty by moving to teacher assessed grades for both A and AS level and GCSE results.

I am sorry for the distress this has caused young people and their parents but hope this announcement will now provide the certainty and reassurance they deserve."

Schools and colleges will receive students’ final GCSE grades on Wednesday, meaning they will be available to young people on Thursday as planned.

On 3 April, Ofqual announced a system based on teachers submitting grades and rankings for students and then launched a consultation on the approach. This consultation included the statistical standardisation of centre assessment grades in order to ensure that overall grades were broadly in line with previous years.

The Government recognises the move to centre assessment grades will have implications for universities and students, and therefore intends to remove student number controls. The move will help to prioritise students’ interests and ensure that there are no barriers to students being able to progress.

The Government is working closely with the sector to create additional capacity and ensure they are as flexible as possible, and are setting a clear expectation that they honour all offers made and met. The Universities Minister Michelle Donelan will lead a new taskforce, working with sector groups, to ensure students can progress to the next stage of their education.

Students who previously missed their offer and will now meet it on the basis of their centre assessment grade should get in contact with the university. Those who have accepted an offer will be able to release themselves if they have another offer reinstated.

Support for Schools and Education Settings

The Department for Education COVID-19 guidance for educational settings

Schools are currently closed except for: