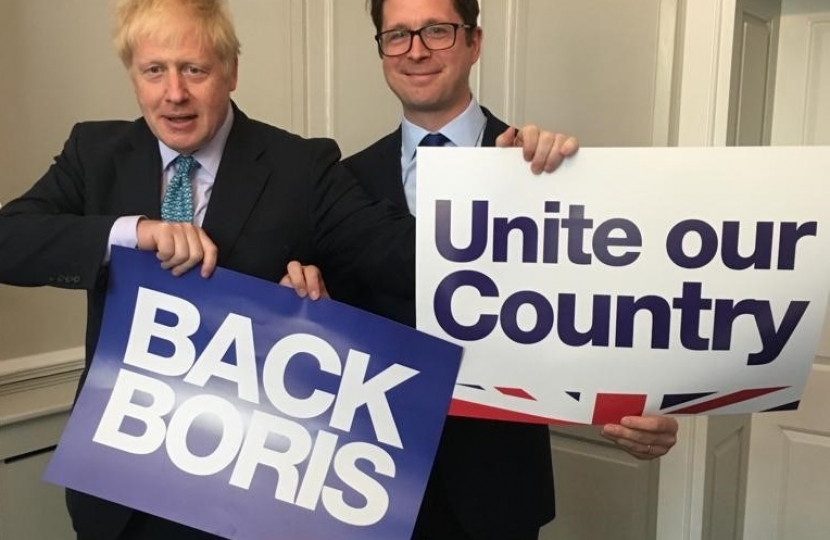 Since last week a political whirlwind has come ashore in the form of our new Prime Minister - Boris Johnson. Long the bookies’ favourite, Boris has set to work promising more money for schools, 20,000 more police officers, new funding to help towns and high streets - and, of course, a pledge to complete Brexit by 31 October. It’s been a popular appointment if the joyful and appreciative comments in my inbox and a boost in the number of people coming forward to join the Brentwood and Ongar Conservative Association are anything to go by.

The Prime Minister was kind enough to invite me to be his Parliamentary Private Secretary (an assistant who acts as the PM’s eyes and ears in the Commons) and so I found myself sitting directly behind him during his first statement to the House on Thursday last week - shortly after I’d attended Cabinet (as an observer). And I’ve spent quality time with Larry, the Downing Street cat.

We may be in Recess, but there will be a enormous amount of work going on during the summer as Whitehall prepares to deliver on the new PM’s pledges and as he tours the country.

Having worked with the previous Prime Minister, Theresa May, as a Special Adviser and then as a backbencher in her Government, I know the dignity and tenacity with which she fulfilled her role. I know she will continue to be a superb constituency MP and hope she has the chance to have a proper holiday.

Over the summer, when not in Westminster, I‘m holding surgeries and dealing with constituency work as usual, and planning a series of visits to our local villages to knock on doors so do get in touch if you want me to come and say hello.