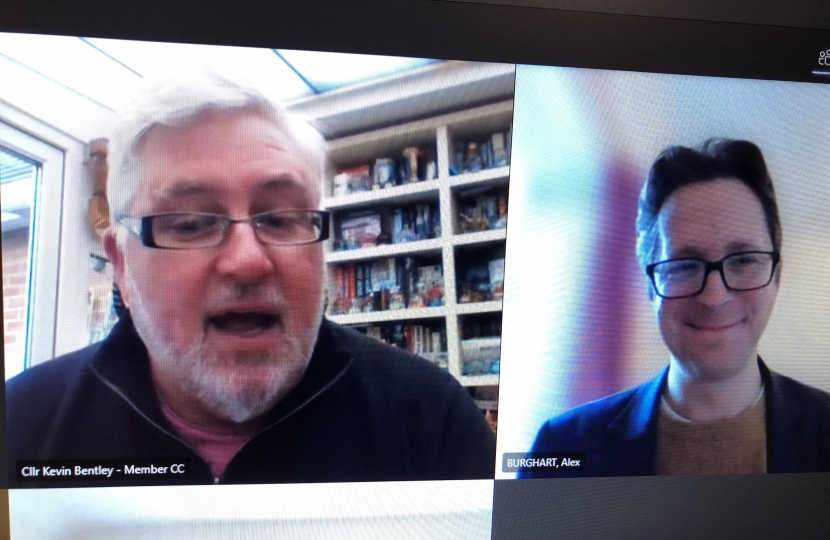 As I write, much of Ongar is covered in snow which, for a short time, will disguise the churned mud, clay and puddles masking many of our favourite local footpaths.

It has been an exceptionally wet autumn and winter with the Met Office noting October was the fifth wettest since 1862. And it has rained a great deal since. In the last month we have seen more instances of roads flooding in and out of Willingale, Toot Hill, Greensted, Fyfield and, most disruptively, the A414 near the Vojan and at Traceys Farm.

To pick up on this, a couple of weeks ago I had a zoom with Essex County Council’s Cabinet Member for Infrastructure and Highways, Cllr Kevin Bentley, to discuss both the floods and the problem of huge lorries shaking buildings on Ongar High Street when they use the town as a shortcut.

Cllr Bentley and his team are the experts on and responsible for fixing flooded roads – he and his Highways team identify problem areas and liaise with local landowners and the Environment Agency to ensure ditches, rivers and streams are clear and flowing as needed, and mend and clear any road drains which have become blocked with debris. They were extremely helpful and are cracking on with alleviating the problems in our area.

On the High Street, Kevin’s team agreed to consider various ways of discouraging and preventing very large vehicles from cutting through Ongar – which I look forward to updating you on when plans are further progressed. I am grateful to everyone locally who has fed in their concerns about the safety and suitability of current traffic arrangements. Obviously at present there is not so much traffic on the roads – it would be good if this lull could be used as an opportunity to improve the situation for the long term.