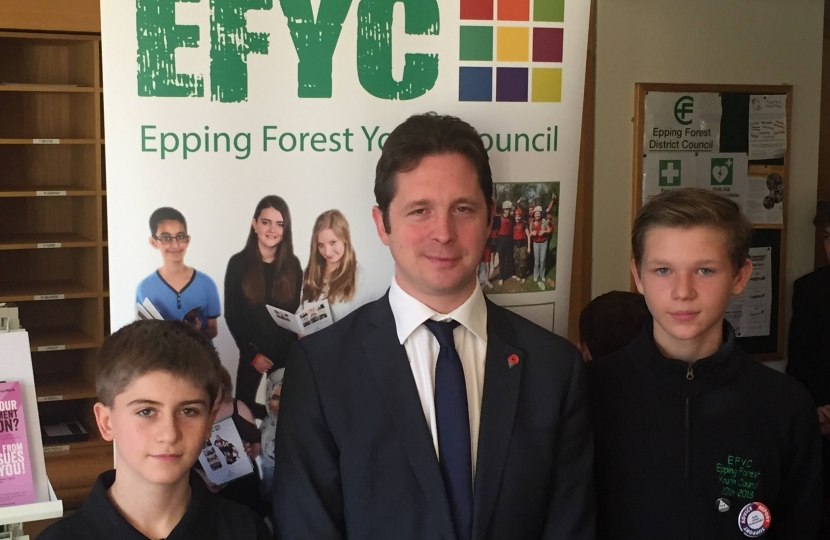 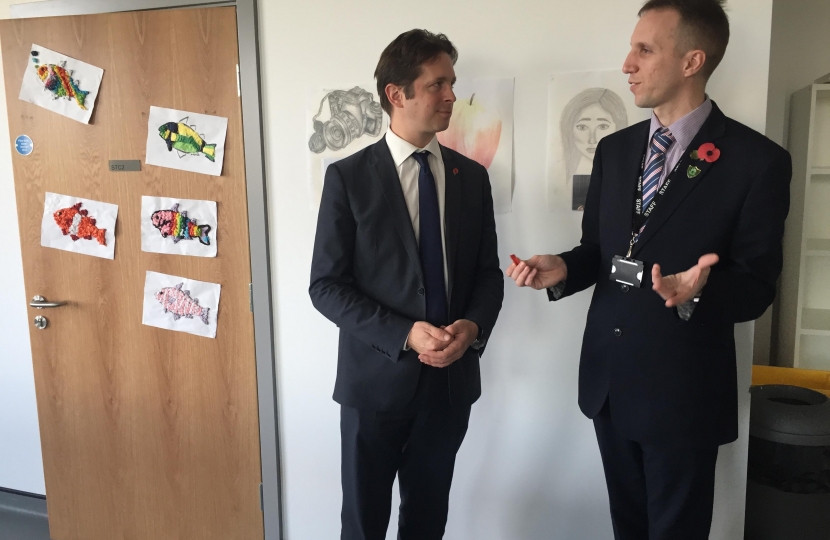 I’ve been hugely impressed by the young people I have met in Brentwood and Ongar since I was elected earlier this year. Their enthusiasm for politics and getting involved is nothing short of inspiring.

I’ve noticed a rapidly growing youth engagement in local politics with young people from most secondary schools in the constituency getting involved, as well as many university students taking part in the loud and wide-ranging debates about everything political.

The Epping Forest Youth Councillors recently invited me to speak at their local democracy youth conference about my role as an MP and involving young people in local government. The 25 democratically-elected young people had no qualms about putting across their views, and showed an exceptional understanding of the processes and protocols involved in local politics.

The Youth Council has established over the last couple of years that mental health is a great concern for young people, in the form of bullying, family breakdown and low self confidence.

I met the two Youth Councillors for Ongar, Jude Hammant and Oliver Upson, both of whom attend Ongar Academy. As diary good fortune had it, I visited Ongar Academy later the same day, and was able to congratulate head teacher David Grant on the excellent way Jude and Oliver presented themselves in the Council Chamber.

The school is just into its third academic year and has recently formally opened its brand new building and it was a delight to see the facilities starting to come into their own. Running a school is not an easy task, and running a new school which has had to be built from scratch is a challenge which very few can fully appreciate. At the Ongar Academy the challenge is being met with gusto. It’s great to see this new local school being received with such enthusiasm by the local community.

If you have any thoughts or comments on young people’s mental health, or getting students involved in local democracy, do get in touch with me through my website www.alexburghart.org.uk.