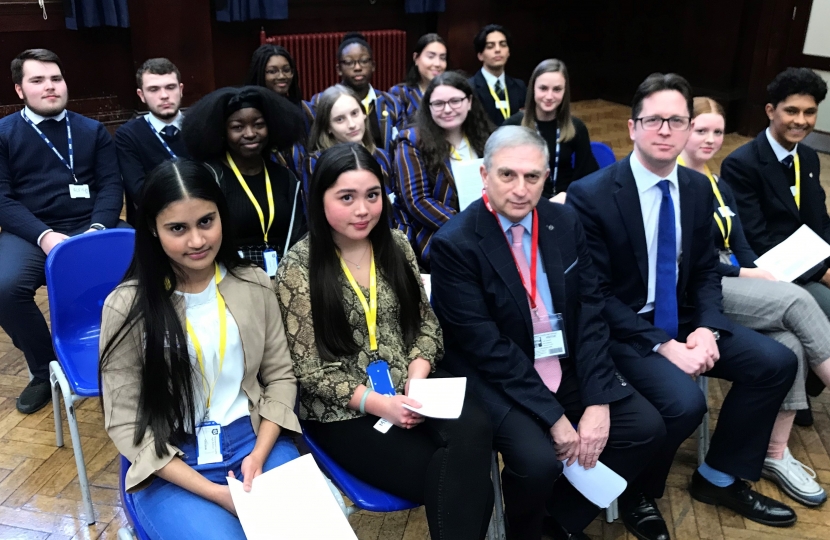 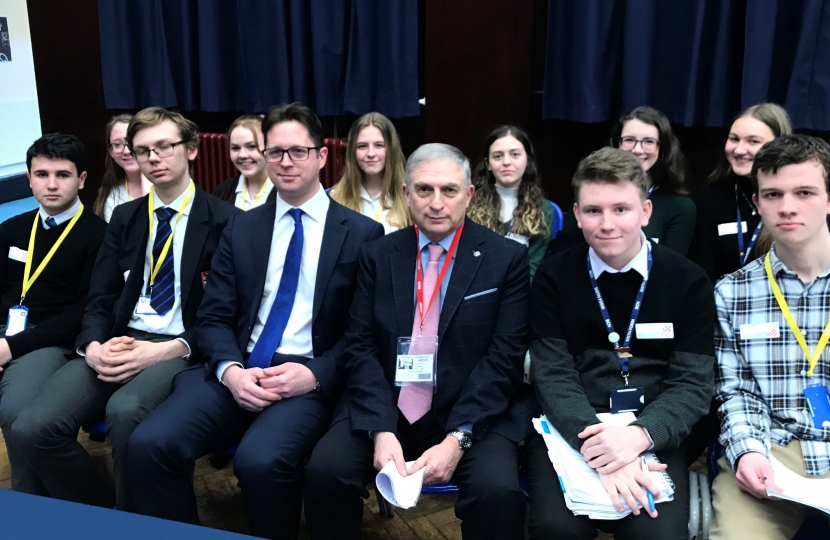 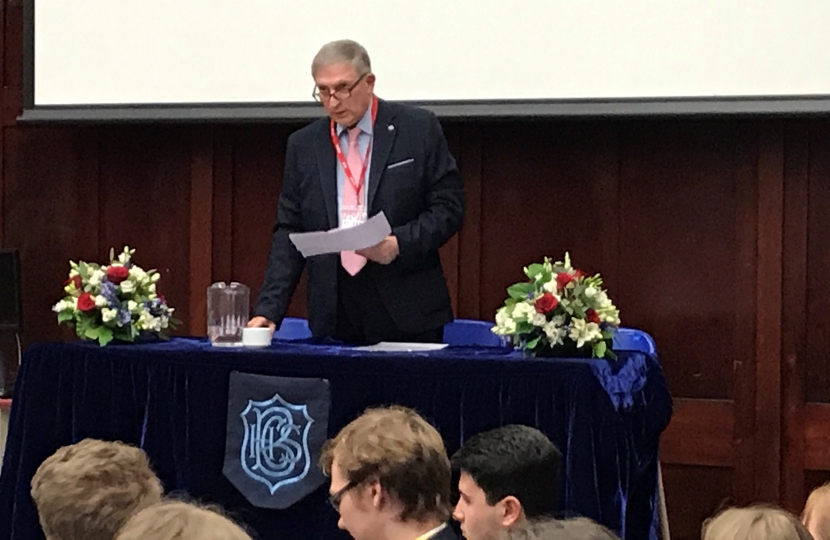 It is always heartening to see young people who are as enthusiastic about politics as me, so it was a real pleasure to bring more than 30 local sixth-form politics students together last week to take part in my second annual Mock Parliament.

As last year, I invited sixth formers (or year 12s as they are now known) from all local schools to attend and we had a good turnout from Brentwood County High School, the Anglo European School, Brentwood Ursuline High School and Brentwood School. Mixing the pupils up into Government and Opposition parties Brentwood County High the two teams debated the motion “This House would be Vegan” in the fitting setting of BCHS’s wood-panelled hall.

The former Conservative MP for Ilford North, Lee Scott, did an admirable job as Speaker and his “Order, Order!” when the students’ enthusiasm got louder was worthy of the new House of Commons Speaker, Sir Lindsay Hoyle.

Those with limited knowledge of veganism might dismiss it as a lifestyle choice unworthy of debate, but our excellent students picked out the impact of meat-eating and veganism on agriculture, climate change, health and personal choice with skills worthy of budding Parliamentarians. There was some enthusiasm from the Government for higher taxes to pay farmers subsidies to allow them to transition to non meat production which was roundly pilloried by the Opposition.

The final free vote on this matter of conscience was a resounding “The Noes Have It” so the sixth formers of Brentwood can continue to eat the meat and dairy of their choice. Mr Scott commended many of those who took part but gave the Speaker’s Prize to Reece Hatwell of the Anglo European School.

I am extremely grateful to the students, their teachers, Lee Scott and the hospitality of Brentwood County High School for making this second Mock Parliament such a success.