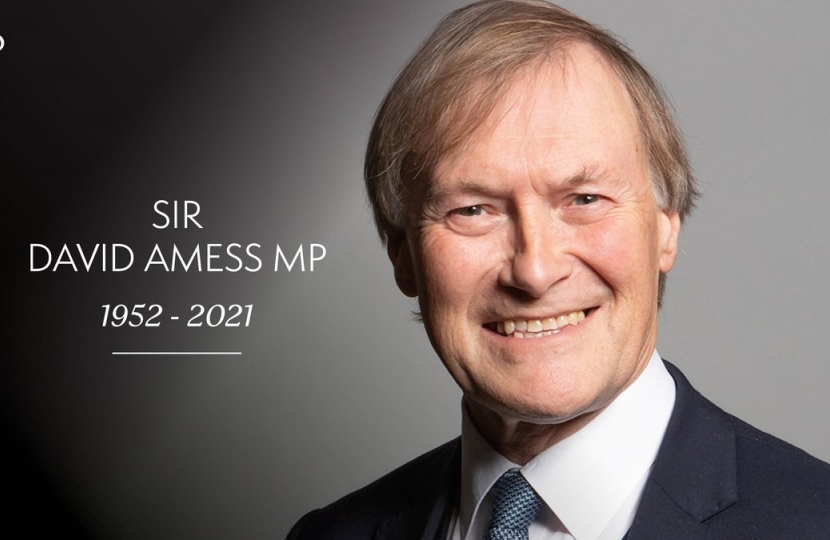 The shocking and violent death of Sir David Amess, the Member of Parliament for Southend West, on Friday, has left a hole in our county and in our Parliament. David was an extraordinarily committed MP to Southend and a thoroughly decent, kind and good man.

When I arrived in Parliament in 2017, he was already a veteran Member of the House, having been elected to serve Basildon in 1983, before moving to Southend West in 1997. I came to know him quickly through the circle of Essex MPs. His love of the county was manifest in all he did - he never missed an opportunity to sneak in a mention of his patch - and, such was his gusto, everyone in Parliament was well aware of his campaign to get Southend made a city. To newbies like myself he was kind and helpful, never patronising, and wise without any trace of pomposity. He could make you think, he could make you smile.

It is a villainous irony that such a quintessentially committed constituency MP should have been killed whilst meeting constituents. We will have to take time to allow the implications of this awful act to sink in but I do not intend to change the way I work and campaign locally. If we arrive at a place where all MPs can only appear in public with security detail by their side, the terrorists will have won. We will not let them.

I thank all those who have reached out over the weekend, offering condolences and voicing concerns for the wellbeing of myself, my family, my staff and my colleagues. And I would like to express my gratitude to our excellent Essex police force for their response in Leigh on Sea and for the support they give me both this week and every week.

David was every inch an MP - decent, hardworking, genuine, amusing. We have had the man taken from us but his example endures.

Today, in a statement to the House, the Prime Minister announced that, in the coming days and weeks, we shall be returning to Plan A: