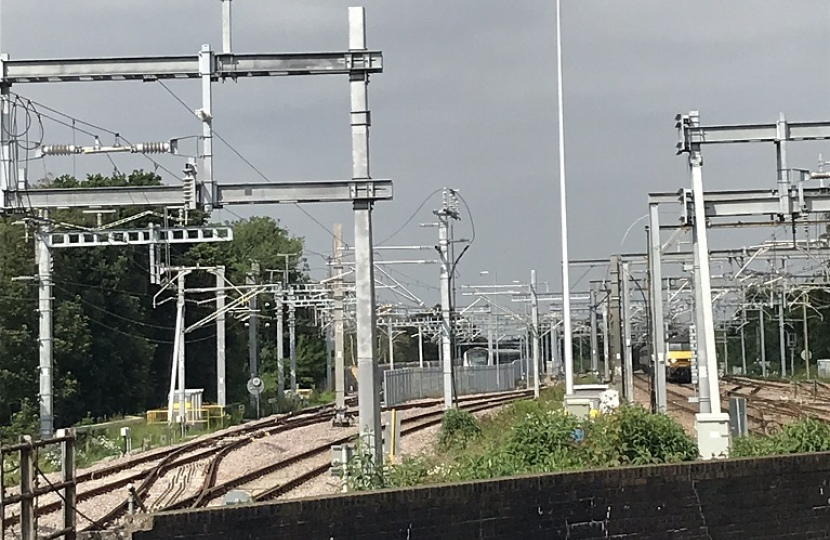 You may have read last week that the National Union of Rail, Maritime and Transport workers (RMT) held a ballot for industrial action, with members across train operating companies and Network Rail voting in favour of strike action and action short of a strike.

As a constituency with a significant number of people using our local rail services to commute to and from work via the Elizabeth Line, and the Greater Anglia and C2C routes to London, any industrial action could require additional thought on how to get to work.

C2C's Managing Director Rob Mullen has provided the following update for the services which pass through West Horndon Station:

"The pandemic was an unprecedented shock for the railway, and we now need to adapt to new travel patterns while not taking more than our fair share from the taxpayer. The railway plays a vital role in the UK economy, contributing £38bn per year and moving essential goods through freight, as well as people across the country. Prolonged industrial action would put our economic recovery at risk, hinder vital infrastructure projects, and cause disruption to the delivery of goods and fuel.

If the RMT takes strike action or action short of a strike they must by law give us 14 days’ notice. The RMT will notify us of their next steps so we will keep you updated as we know more.
In the meantime, I would like to reassure you that we will continue to work on our contingency plans with our industry colleagues, including Network Rail, to plan for services during any potential strike action. We are committed to minimise any disruption and keep passengers moving."

Greater Anglia has also been in touch with its plans for commuter routes:

"We can reassure you that we are working hard to avert strike action and working equally hard to put in place contingency plans in the event that industrial action does take place. As you would expect, we are working very closely, both with Network Rail and other train operators on these plans, so that we can minimise, as far as possible, the adverse impacts of any strike action. However, if Network Rail’s operations and signalling teams were to be on strike then that would significantly constrain the number of services that it was possible to run and the hours when they could be provided, whereas if Greater Anglia RMT members took action (but Network Rail colleagues were still working), we would aim to run the majority of the normal service, if possible. Clearly there are a number of scenarios which could come to pass, which will then shape what’s possible and practical.

We will, of course, keep you updated with developments and advise you if any strike dates are announced and the specific impact on services that would result from such action. We are committed to doing all we can to reach a positive settlement with the RMT."