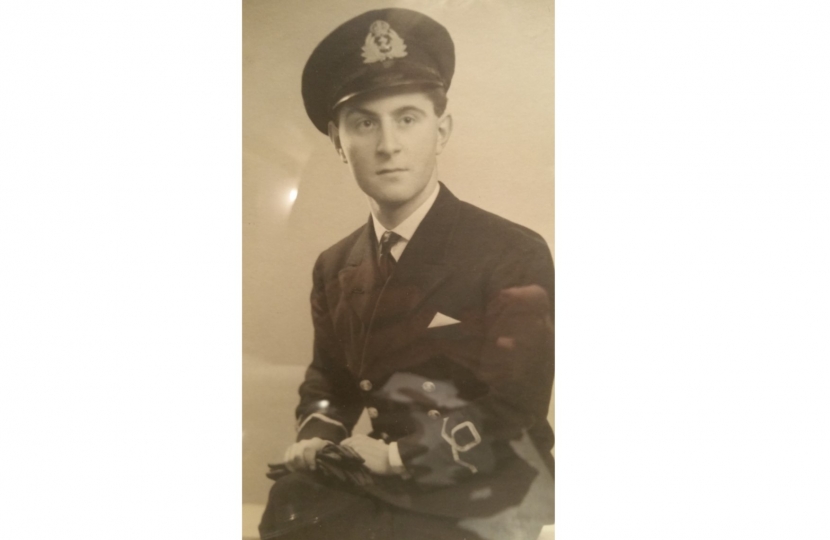 It's been a busy week, and a sad one for my family. On Monday I was proud to be able to pay tribute, in the House of Commons, to Sir Reginald Eyre who, for 22 years was the Member of Parliament for Birmingham, Hall Green. He was also my father in law.

"I beg Members’ indulgence for a few moments as I bring some sad news to the Chamber. A former Member, Sir Reginald Eyre, who represented Birmingham, Hall Green between 1965 and 1987, has passed away at the age of 94. He was very proud to represent Birmingham, having been born there in 1925. His father was a transport worker and his mother was a shopkeeper.

As a young man, Reg had a great time cycling around the city at night putting out tracer fire laid down by the Luftwaffe, and occasionally dancing on unexploded bombs for a dare. He spent the second half of the war as a midshipman in the north Atlantic and the Mediterranean. He would speak movingly of how, when he was not yet 20, he was in the Royal Naval College in Greenwich and told to go home, put his affairs in order and say goodbye to his loved ones, because the chances were that he and his friends would not be coming back. I like to think that he was delighted that, some 70 years later, he stood in the same place to give his only daughter away in marriage—to me, in fact, as he was my father-in-law. [Hon. Members: “Hear, hear.”]

After the war, Reg went to Cambridge—the first man in his family to do so—and then became a successful midlands solicitor before entering the House in a by-election in 1965. He served his country and party with great distinction. He was a Minister for the environment and for transport—he took great joy in having broken one of Livingstone’s London transport strikes. He was a vice-chair of the party, and he was also a Whip. Under different circumstances, I might be at home with my family at the moment, but from the great beyond I can hear his voice saying, “There’s a vote tonight. Don’t you dare, old chap. Don’t you dare.”

While serving in this place, Reg went on a trip to Kenya. There he met a beautiful young actress called Anne Clements. Anne was and is some decades his junior, but it was the start of a wonderful and happy marriage that lasted the rest of his life. On leaving this place, Reg went back to Birmingham and became chair of the Birmingham Heartlands Development Corporation. He was extraordinarily proud of the opportunity to breathe new life into our great second city. He leaves a great legacy behind him.