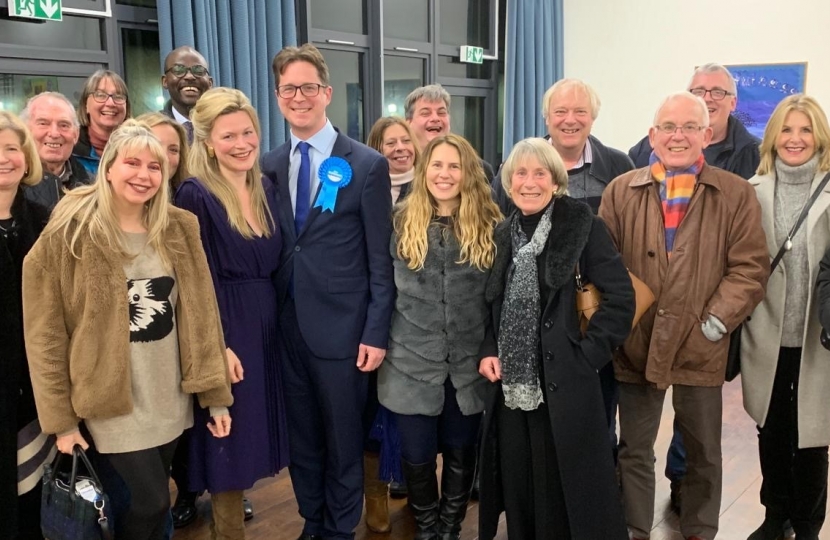 If I thought the two and a half years since I was first elected as Member of Parliament for Brentwood and Ongar had been something of a whirlwind, the last six weeks have been nothing short of a tornado.

All of us involved in politics, of whatever party colour or persuasion, have emerged, blinking, into the twinkling lights of Christmas, exhausted and hoping not to have to fight another low-level, stiff-bristled, finger-trapping letter box for some time to come.

In all honesty, whilst I was confident the Prime Minister would win the day even I was surprised by the scale of victory. This is a huge opportunity for Conservatives to take the country forward and deliver on schools, hospitals, law and order, and, of course, Brexit.

I am enormously grateful to everyone locally who lent me their vote.  It has been one of the great honours of my life to serve the local community and I look forward to continuing that work into this new Parliament.

As always, the announcement of the result of a General Election is where the hard work really begins. We will, as the Prime Minister promised, get Brexit done, by approving the Withdrawal Agreement by the end of January and start trade talks in February with the aim of beginning our new relationship with the EU and the rest of the world.

At the same time, I will be campaigning on my local priorities – more money for local pupils, more police officers on our streets, more money for the NHS, boosting our local High Streets and tackling unauthorised development in the more rural areas of the constituency.

For this week though, thank you to all who voted for me and supported me on the doorsteps, hustings and delivery routes across the towns and villages of the Brentwood and Ongar constituency, and my best wishes for a very happy Christmas for you all.