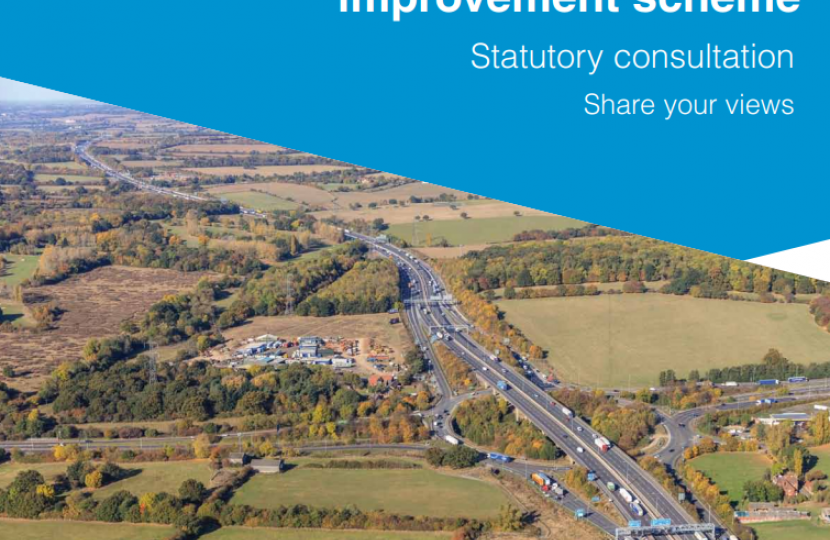 Highways England has been in touch with details of its M25 junction 28 improvement scheme Supplementary consultation.

This supplementary consultation will run from 4 November to 2 December 2019 and is aimed at statutory organisations, people with an interest in land, and those who have expressed an interest in the scheme or responded to any of the previous consultations.

Hard copies of the supplementary consultation brochure and all documents provided during the statutory consultation will also be available to view at the three display locations listed below from 4 November 2019:

Highways England have provided the following information about the scheme:

"M25 junction 28 plays a vital role in connecting the M25 with the A12, as well as providing local access to Brentwood via the A1023 (Brook Street). It is a heavily used junction and is already operating at full capacity, with traffic queues and lengthy delays, resulting in longer and increasingly unreliable journey times for motorists.

Traffic in the area is expected to increase by up to 40% by 2037, so without intervention, conditions will continue to deteriorate.  If no action is taken to improve junction 28, there will be significant negative impact on traffic flow, road safety, the environment and users of the strategic road network.

The proposed scheme includes the provision of a new two-lane loop road between the M25 anti-clockwise and associated slip roads. The proposed loop road would exit the M25 to the north of the existing junction and then circle round to join the A12.  The A12 eastbound exit slip road would be realigned and so would the M25 anti-clockwise entry slip road.  The scheme will also involve other components, such as drainage ponds, access roads and bridges.

Between 3 December 2018 and 28 January 2019, we consulted with stakeholders as part of our statutory consultation on the proposed scheme.

As part of that consultation we explained that the proposed scheme has been identified as a Nationally Significant Infrastructure Project under the Planning Act 2008 (as amended) (the 2008 Act) and that we are required to make an application for a Development Consent Order (DCO) to secure the consent we need to build and operate the scheme. This application will be made to the Planning Inspectorate (the Inspectorate) who will examine it on behalf of the Secretary of State for Transport.

We intend to make the application for a DCO in spring 2020.

Supplementary consultation – changes to the scheme

Following the statutory consultation, we have been considering feedback and developing our design for the scheme, including carrying out further environmental assessments and surveys. This work has led to ten changes being proposed to the scheme. In addition, survey work has resulted in the identification of new environmental impacts.

Whilst each scheme change is not (in itself) significant, given the number of changes proposed we are undertaking a further supplementary consultation to inform consultees about these changes and provide an opportunity for further feedback to be provided before we submit our DCO application to the Inspectorate.

The supplementary consultation brochure, alongside all documents provided during the statutory consultation, will be made available to view on our scheme webpage  www.highwaysengland.co.uk/m25j28 on the 4 November 2019."