Brexit - The Aftermath of "Super Saturday" 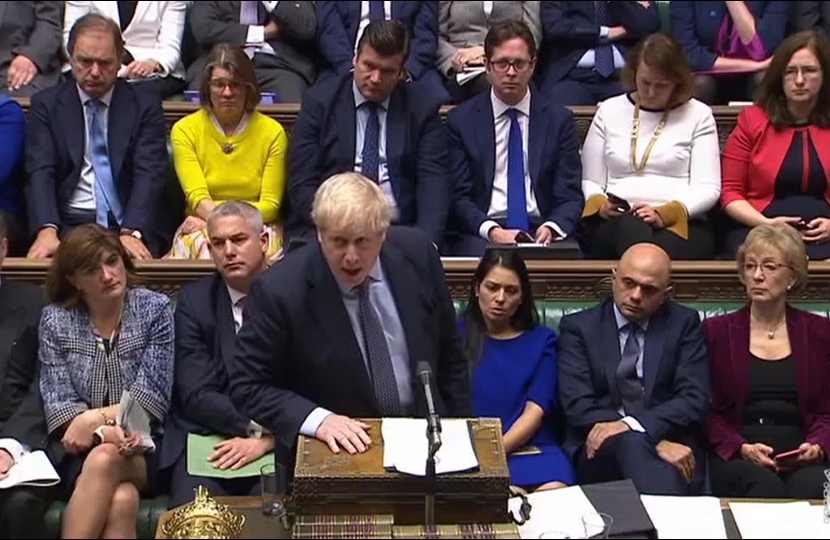 Written by Alex Burghart for the Brentwood Gazette

As I write this at 6am on Monday morning Parliament is returning after quite a week - with a quite a week in front of it. On Thursday the PM’s team announced that they had secured a new deal with the EU negotiating team on the terms of the UK’s withdrawal from the European Union. This new deal removes the backstop and prevents the UK being trapped indefinitely in an arrangement against its will. It will allow the UK to take control of its money, its laws, its borders and its trade deal. This week the Government will attempt to pass legislation to bring this deal into force by the end of the month.

This will have to happen at speeds approaching breakneck. If all goes to plan I am expecting some late nights (perhaps all-nighters) to get the draft legislation debated and voted through in the next 10 days. We expect to have the bill in the Commons on Tuesday, Wednesday, Thursday with their lordships taking it over the weekend to allow us to have it on the statute books by 31 October.

The alternative to this is a great deal more dither and delay. Those seeking to frustrate this opportunity are doing so to hold a second referendum. As I have said on these pages before, I think that would be wrong. I can only see another public vote greatly deepening the divisions in society. Those who voted to leave won the first referendum and have a right to see the result fulfilled. It is the job of Parliament to ensure this is done responsibly.

This new deal is an extraordinary achievement by the new Prime Minister. Many thought he would fail to renegotiate anything. Most were convinced the EU would not reopen the Withdrawal Agreement and would certainly not abolish the backstop. They were wrong. The Prime Minister has done it. It’s now time for Parliament to do its bit and pass the necessary legislation so that the country can move on.