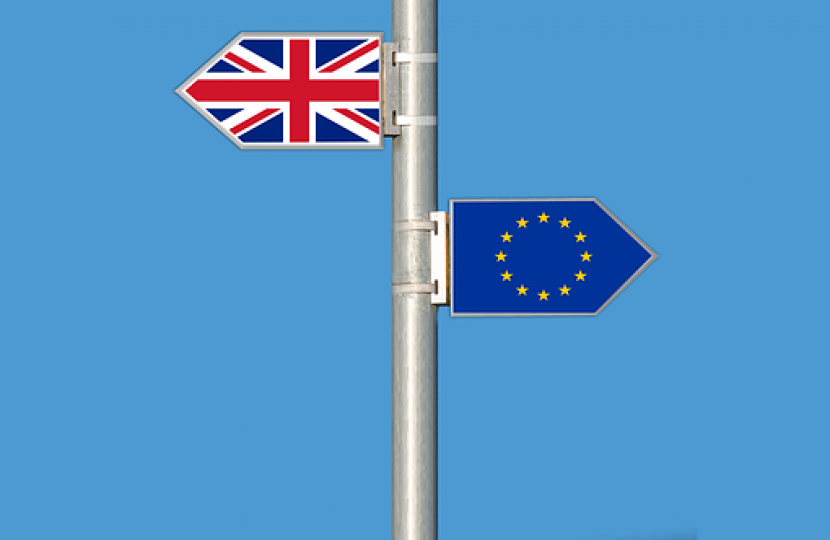 Last night the Prime Minister offered to hold discussions with the leader of the Labour Party to see if there was a way to break the Brexit impasse. Over the past few weeks Parliament has voted on a range of options: No Deal, No Brexit, a second referendum, a customs union, Labour Party policy (customs union and single market), the Prime Minister’s deal, and several other possibilities besides. Parliament has voted down all these options. (I voted for the PM’s deal and to keep No Deal on the table).

On 10 April the EU Council of 27 nations meets again in Brussels to decide its view on the future of Brexit. It is possible that they will not offer an extension and that we will leave suddenly on 12 April, but it is thought likely that they will offer the UK a long extension to the Article 50 process (no doubt with terms and conditions). Given the House of Commons’ opposition to No Deal it is highly likely that this long extension will be approved resulting in this phase of the Brexit negotiations lasting, perhaps, another two years, the UK paying into the EU Budget and having to take part in the EU elections at the end of May. It remains my view that such a long extension would lead either to us being back in almost exactly the same position in two years’ time – or to a second referendum which would cause huge anger amongst those who voted Leave in the first referendum, create further division in the country and very likely trigger another referendum in Scotland.

Today a piece of legislation is being hurried through parliament by a coalition of backbenchers in an attempt to prevent No Deal. If passed it will require the Government to seek an extension from the EU. I am voting against it but it looks set to become law next week.

Without a majority for her deal, and without the parliamentary numbers to leave without a deal, the Prime Minister’s only option to avoid such a long extension appears to be to explore whether there is a majority in the House for a deal somewhere between the Government and the Opposition positions. This process is ongoing as I write and I have no idea as to whether it will be successful. What I do know is that there are only two ways in which the UK can leave the EU in an orderly way by the end of May: only the PM’s deal or an arrangement between the two major parties will provide for that possibility.

Needless to say, I am watching closely to see how this unfolds in the days ahead.