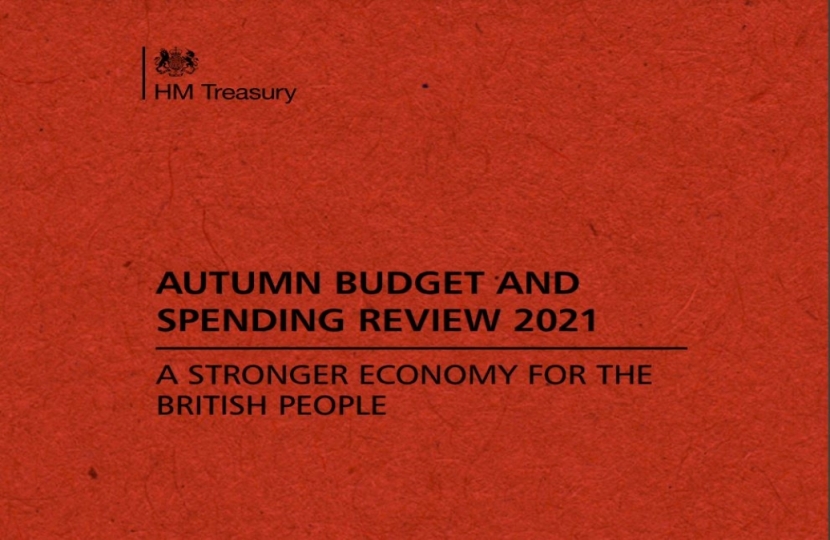 The Budget prioritises helping working families and vulnerable households with the cost of living, including through a significant tax cut for low-income families by reducing the Universal Credit taper rate from 63 per cent to 55 per cent, a 6.6 per cent increase in the National Living Wage to £9.50 an hour – giving a £1,000 pay rise to 2 million of the lowest paid – lifting pay restraints for public sector workers, a freeze in fuel duty for the twelfth consecutive year, and a freeze in alcohol duty – alongside radical reform to make the system simpler, fairer and healthier.

Businesses will also benefit from new measures, including a 50 per cent cut in business rates next year for 90 per cent of retail, hospitality and leisure – alongside a freeze of all rates – the creation of new business rates relief to encourage green technologies and improvements to properties, and a doubling of creative industries tax reliefs for the UK’s world-leading theatres, orchestras, museums and galleries.

Other measures to drive economic growth include record investment in our roads, railways and broadband; supporting innovation through a record £20 billion spending on R&D; and a huge uplift in skills training through T-levels, Institutes of Technology, and apprenticeships.

As part of the three year Spending Review delivered alongside the Budget, total government departmental spending will increase by £150 billion by 2024 – a 3.8 per cent annual real terms increase – the largest real terms increase this century, and record levels of capital investment not seen in 50 years.

This funding increase will help to deliver on the Conservative Government’s key manifesto promises, including building 40 new hospitals, recruiting 20,000 police officers, and raising per pupil spending in schools to record levels.

Underpinning these measures, the Budget strengthens the country’s public finances and will get debt falling again, following the £400 billion package of support put in place during the pandemic. The new fiscal rules set out today by the Chancellor will require the government to only borrow to invest and get debt falling by 2024, in line with the Conservative Government’s 2019 manifesto commitment.

Alex Burghart MP has welcomed the Chancellor’s Autumn Budget and Spending Review, which provides the foundations for a stronger economy in every part of the United Kingdom, including the East of England, as the country continues its recovery from the pandemic.

Measures that will benefit the East of England include over £411 million for local roads maintenance over the next three years, over £87 million for smaller transport improvement priorities through the Integrated Transport Block, and a share of £24 billion for strategic road upgrades, including the A428 Black Cat to Caxton Gibbet and six A47 dualling and upgrade schemes.

£87 million will also be delivered for five projects through the first tranche of the Conservative Government’s £4.8 billion Levelling Up Fund – including £19.9 million to upgrade coastal attractions at Southend-on-Sea, £20 million to build a new interactive science lab in Peterborough, £20 million to build over 300 new homes and 2,000 square metres of community space in Luton.

The Racehorse Inn in Westhall will also receive £96,600 of funding through the new Community Ownership Fund, helping to protect valued community assets.

The Budget also confirmed that five new Community Diagnostic Centres will be built across the East of England in 2021-22, expanding diagnostic capacity across the country whilst targeting investment at areas of deprivation.

The East of England will also benefit from a share of the £2.6 billion UK Shared Prosperity Fund – focused on helping people into jobs and supporting businesses across the UK – £560 million funding for the Youth Investment Fund and National Citizen Service, and £5 billion for Project Gigabit, rolling out gigabit capable broadband for homes and businesses across the UK.

Other nationwide measures that will benefit people in the East of England include a significant tax cut for low-income families by reducing the Universal Credit taper rate from 63 per cent to 55 per cent, a 6.6 per cent increase in the National Living Wage to £9.50 an hour – giving a £1,000 pay rise to 2 million of the lowest paid – increasing pay for public sector workers, and freezes in fuel and alcohol duty.

The Autumn Budget and Spending Review will make a real difference to people in our constituency of Brentwood and Ongar, helping working families with the cost of living, supporting businesses with their recovery, and investing in our public services. Today's Budet shows how the Government is delivering on its promise to level up and improve opportunity for people as we build back better."

One year ago, this country was in the grip of the biggest recession in 300 years. Thanks to our Plan For Jobs, we are today recovering faster than our major competitors, more people are in work, and growth is up. But uncertainty in the global economy means that recovery is now under threat.

That is why this Budget and Spending Review delivers a stronger economy for people in the East of England – strengthening our public finances, helping working families meet the cost of living, supporting businesses, delivering stronger public services, and driving economic growth.

This Budget supports businesses to recover from the pandemic and incentivises them to invest:

This Budget delivers stronger public services and levels up all four corners of the UK:

Department for Health and Social Care

Department for Levelling Up, Housing and Communities

Department for Work and Pensions

Department for Culture, Media and Sport

This Budget and Spending Review will help to level up the East of England:

Other announcements for the East of England include:

The East of England will also benefit from its share of national programmes:

I have received correspondence from several constituents who are affected by slow broadband speeds in a number of locations within Brentwood and Ongar.

The Conservatives are protecting the future of the NHS.

We are planning an enormous investment in the NHS - £33.9bn, 20 hospital upgrades and 40 new hospitals. We will also deliver 6,000 more GPs by 2024-5 to improve services and reduce the wait for appointments.